Many of our coaches are interdisciplinary—Nicole is no exception. Having spent a lot of her youth focused on competitive cross-country skiing, Nicole wasn’t necessarily looking to expand her focus to other sports. However, a friend of hers who competed in mountain biking struck up a deal with her: he would try skiing if she tried mountain biking. Although it was not her first time on a mountain bike and she had a general idea from cross-training with the ski team in the summer, she had never really given mountain biking her full attention or effort. After that fateful summer where she changed her tune with the coaxing of her friend, she was hooked.

She started riding with a mountain biking team and this led to her competing for several years. Now her riding is focused on her enjoyment of the sport. Nicole is pushing herself with new challenges including 24-hour races and cyclo-cross racing. Although her skill level is advanced, Nicole is very humble and accepts with that every new trail, area, or ride she gets to focus on a new challenge and learn in a different environment which helps her to constantly grow her skills. 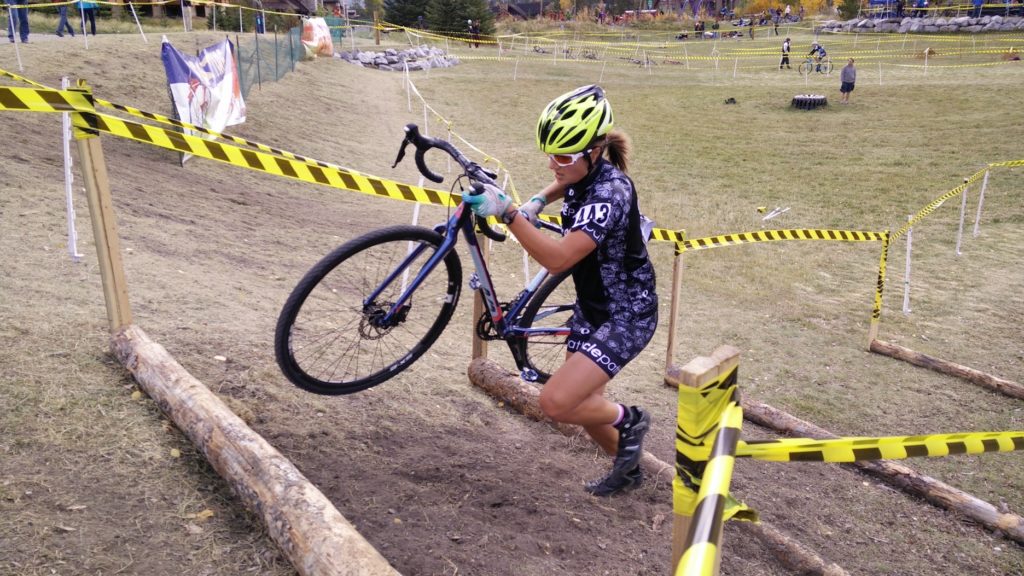 Her coaching skills developed when she started coaching with the Yukon Cycling Team in the early 2000. In 2014, Nicole became an ambassador for The Bike Shop in Calgary which led her to become more active in the female cycling community, which is where her passion for focusing on women riding really grew. With this experience, she knew she wanted to pursue coaching and set her eyes on her certification, she is a certified NCCP Level 1 and completed her PMBI Level 1.

What’s Nicole’s focus while coaching, you wonder? Making sure her students are having fun. When women gain confidence, that’s when Nicole finds coaching the most rewarding. Whether it’s getting through a technical section, up a challenging climb, or down a gnarly descent, the big smiles and high fives speak for themselves. 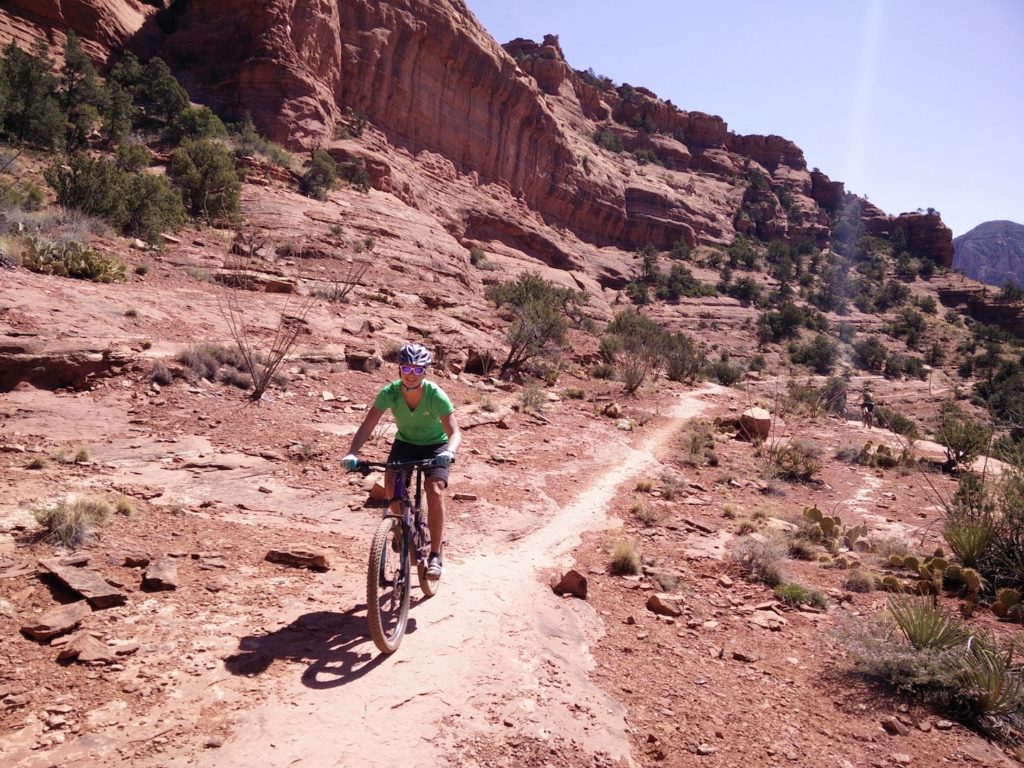 Nicole’s coaching philosophy applies to two things: thinking positive and challenging you to push to the edge of your comfort level. These two things, she finds, go together well in riding. “You need to do things that are just at the edge of your ‘I don’t think I can do this’ threshold,” she says, “If you have worked on developing your skills and working up to these little challenges, you can use positive thinking to get through them.”

By taking incremental steps and refining your skillset, students are able to face challenges and overcome them. Riding with an instructor who understands your skill level as well as riding with other riders of the same or a similar skill level can be the most encouraging. 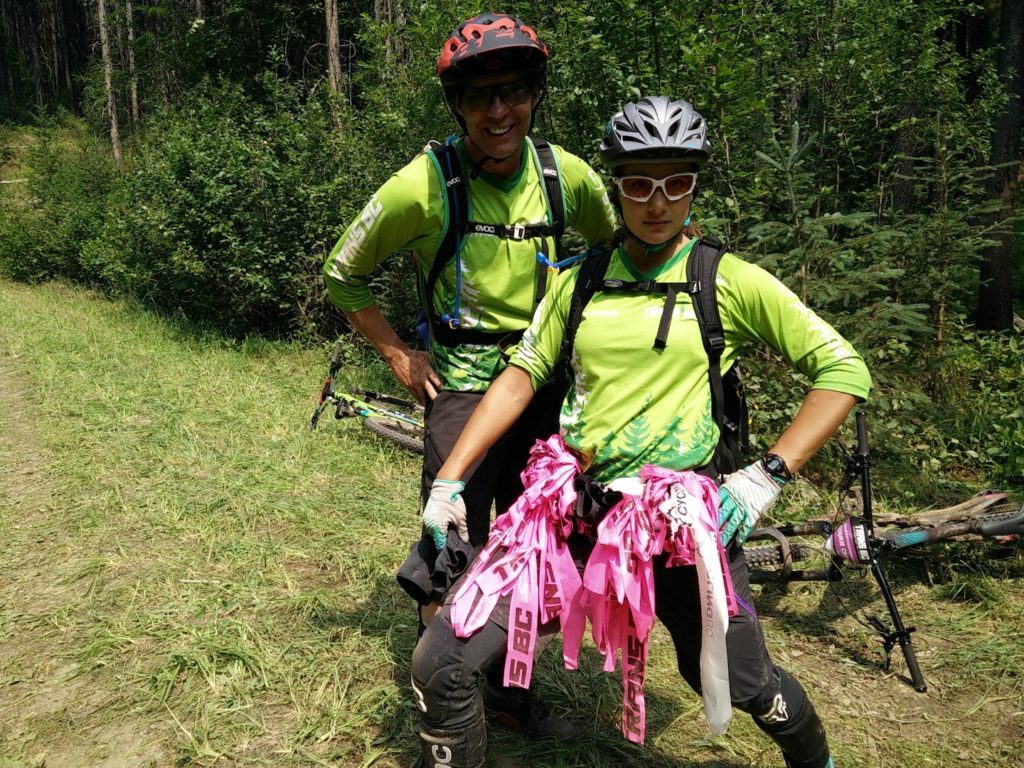 This philosophy developed from Nicole’s personal experiences. When she would ride with people who were stronger riders than herself, she would push herself harder—often realizing she was able to do a lot more than she had thought she could. It’s easy to say “I can’t” or get off your bike and walk something, but if you have the skills to do it on your bike, it’s good to get a little coaxing from someone to help realize you can do it.

Nicole’s favorite thing to teach is basic maintenance workshops, which includes things like how to fix a flat or adjust things on your bike. She knows the mechanical aspect of riding can be rather intimidating for a lot of women, but she finds once women begin to understand the mechanics, there tends to be a huge jump in confidence when you are out for a ride. Knowing you can get yourself out of trouble is a great confidence booster. Plus she loves her female students to be self-sufficient enough to stop and perform their own bike repairs on the trail without the help of male riders.

Nicole joined our Shred Sisterhood because, in her words, “More women on bikes is the best thing ever!!!!!” and we obviously agree. The connections that can be made through riding create lifelong friendships, and not only do we love being a part of that but so does Nicole. Nicole says “the female cycling community is rad and I love getting to spread the ‘stoke’ on riding”! We look forward to sharing Nicole’s great coaching skills with our students in our 2018 season!